The Lane Jensen saga continues. Except that this time Lane is not the aggressor. 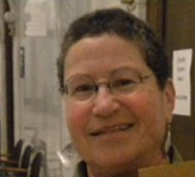 Ellen is a TriMet bus operator who runs the Cyber Stalking and Workplace Bullying blog. It's supposed to be a blog about TriMet, but it's actually more of a hate blog against Al M himself (hover over the link above to see the URL). She has this thing about being the victim, and is always looking for opportunities to show how one of the other bloggers or employees is out to get her.

Have you heard of her? Maybe not. You've heard of Al M and Lane Jensen. Maybe you've heard the names Jason McHuff, Erik Halstead, Alex Hawk, and others. But Ellen is always on the outside. Why? She spends more time attacking the other bloggers than she spends attacking injustice at TriMet. She keeps herself on the outside of the core blogging group. Her credibility has always been questionable, which is sad considering the impact she could have made had she sided with the rest of the blogging community instead of burning bridges from the start.

So what does Lane have anything to do with this? Well, Ellen has always disliked Lane, as Lane has also always disliked Ellen. Lane, in his lack of restraint as far as speaking his mind, used to post occasionally about Ellen and her antics. It's no surprise that Lane spoke his mind concerning Ellen, but then again everything he said about her was as reasonable as one could be considering we can't get into Ellen's mind to really understand why she does what she does.

Okay, okay. So Lane used to know exactly how to find Ellen before. But here's the thing: things have changed. Lane's actually focused more on baseball than TriMet now (that's a fact, I know 'cuz I got him into it). He wasn't trying to 'track her down,' he was just getting on her bus to go somewhere like a normal person (because, of course, he is transit dependent). And also remember, it's not her bus. It's TriMet's bus. She has authority of what goes on while driving the bus, but there's no distinction between this bus or that bus. (For the record, Lane had to actually ask someone else for information about what Ellen is currently driving so he could avoid her. He didn't have that information himself.)

Well, Lane tweeted about it. Because that's what people do. Then this shows up on Ellen's blog:

What is going on here? I have no idea. As a blogger, why would you even think of putting something up on the internet that is actually technically a threat? It is a mystery to me. Notice that the "tweet" in question is actually dated 1/27/14. Things have changed. The post in question lists a bunch of things Lane "did" against her, many of which were likely not necessarily against her personally.

Now TriMet has actually responded to the complaint by Lane and has taken appropriate action concerning her (see here). We'll see if there is any sort of good that comes from this.

And FYI for all potential TriMet bloggers out there: If you don't want the blogging community to alienate you, don't alienate them. We're all in this together, regardless of our personal opinions.
Posted by Patrick Stanley at 11:25 AM