Shaking My Head Yet Again

I was on a bus one day recently when something ridiculous caught my eye.

Due to the Portland-Milwaukie Light Rail project, SE 17th Avenue has been basically rebuilt, causing delays and closures. Significantly, the northbound bridge from SE 17th to westbound SE Powell was closed for a significant period in order to rebuild it. (At one point, Powell itself was closed. What a hassle.)

From March 19 through June 9, southbound 17th between Powell Blvd. and Rhine Street has been closed, causing buses to not be able to turn from Powell onto 17th Ave. Lines 17 and 70 had to be detoured onto SE Milwaukie Ave. and SE Center St. (Inbound 17 and northbound 70 remained on 17th to Powell.) This was actually better than the northbound closure, as the turn from Center onto Milwaukie was precarious to say the least, and the opposite direction is signficantly safer.


I was riding a bus through that area when something caught my eye. It was one of those moments when I thought I had seen something I shouldn't have seen, and it took me a second to realize what I had noticed. It was the maps in the information box on the blue bus pole. They weren't right.


So I decided to drive over to the stop and actually go make sure I wasn't hallucinating. Much to my delight, I had seen it clearly. I just shook my head and said to myself, "Oh, TriMet." 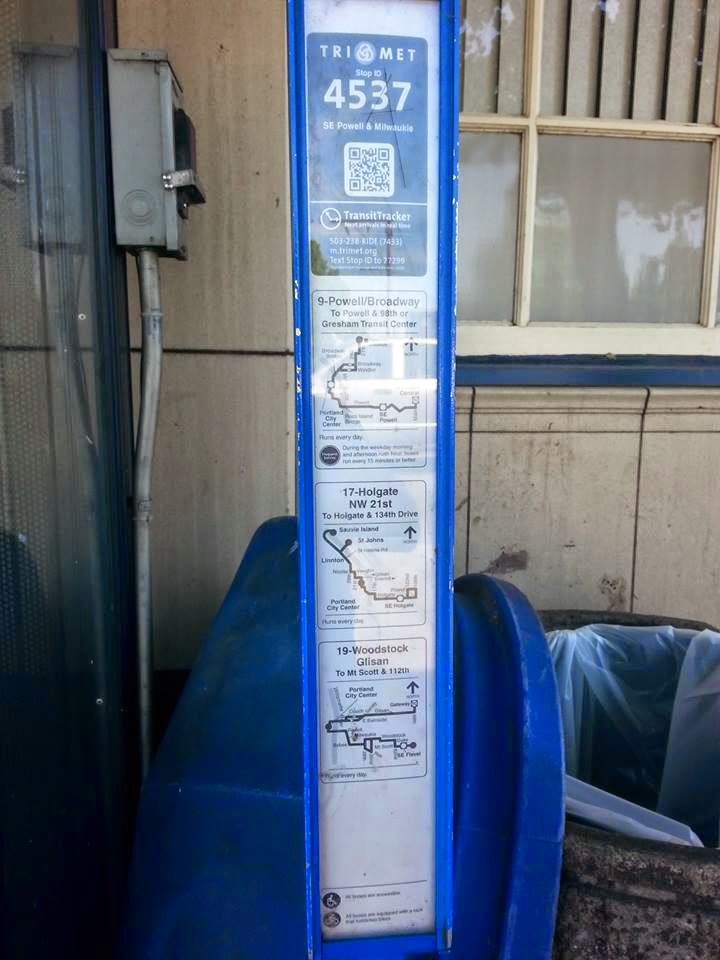 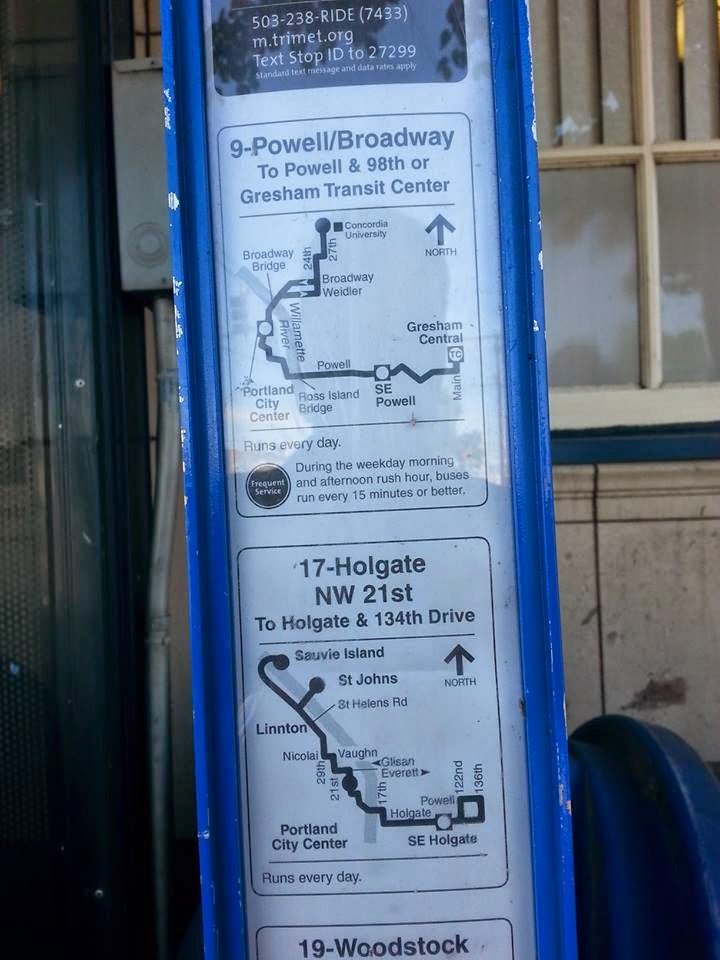 As you can tell, that isn't right. It's been years since Line 9 went to 27th and Saratoga and Line 17 went to Sauvie Island. Not only that, but this is the new design of the stop information on the pole. (The old one was the blacker version with the maps in the square boxes, the original box design before the QR codes were added.) These routing changes were made years before the new design was even invented. So who made the conscious effort to take the old maps from the archives and stick them in the new info sign template?

In a similar vein, here's a stop at Barbur & Bertha eastbound. What's wrong with it. 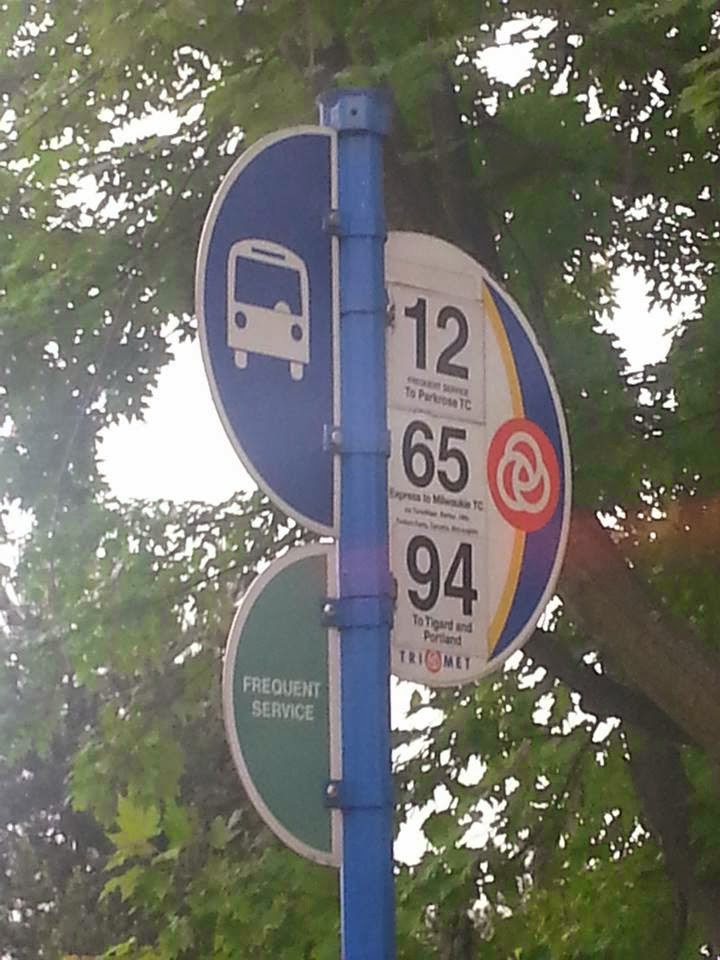 Second, Line 65 doesn't go to Milwaukie TC anymore. Actually it hasn't gone to Milwaukie since June 28, 2004 when the Sellwood Bridge has closed. In other words, this sign has been wrong for ten years.

Oh, and finally, it's going the wrong direction. The old 65 travelled from Marquam Hill down Terwilliger to Barbur and then made the loop around 19th & Spring Garden before proceeding down Taylors Ferry Rd to the Sellwood Bridge. It's the same as now: this stop has always gone to Marquam Hill.

Okay, TriMet, I give up. Makes sense why you come up with ideas like this:


Posted by Patrick Stanley at 9:00 PM